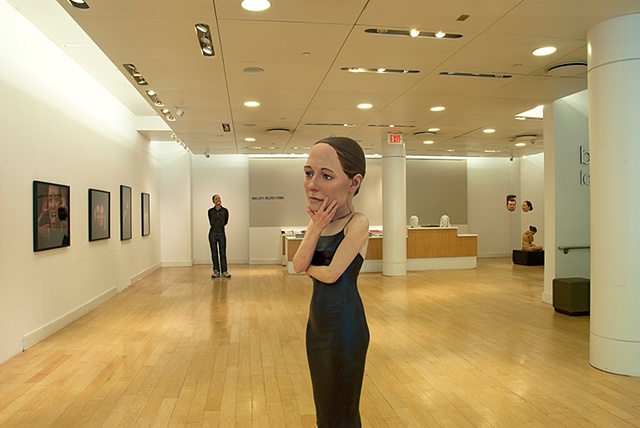 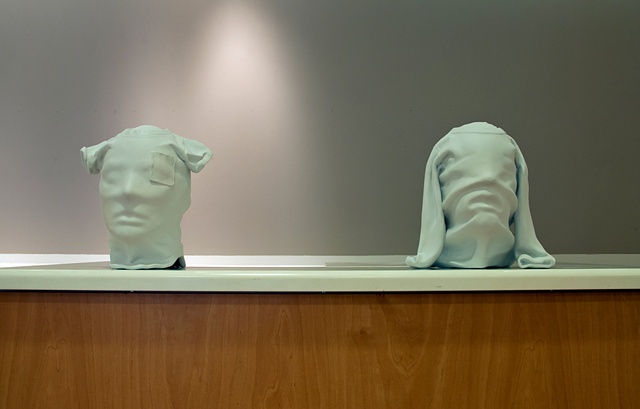 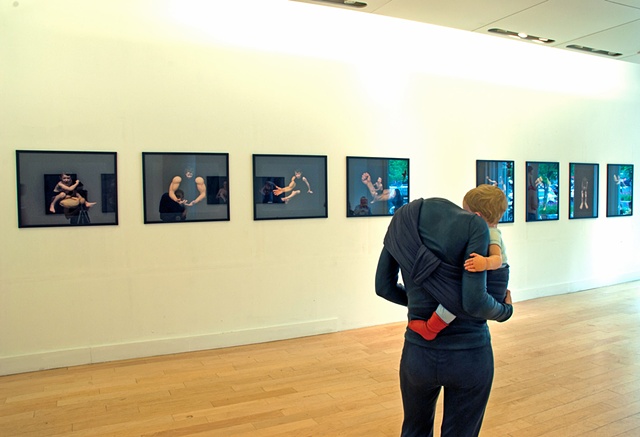 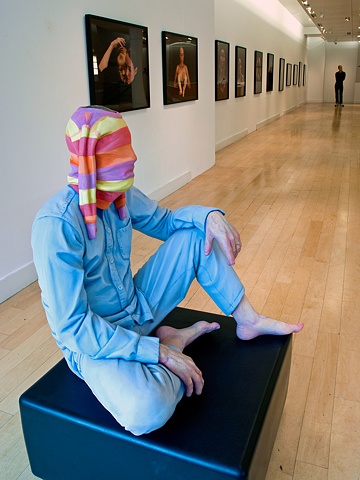 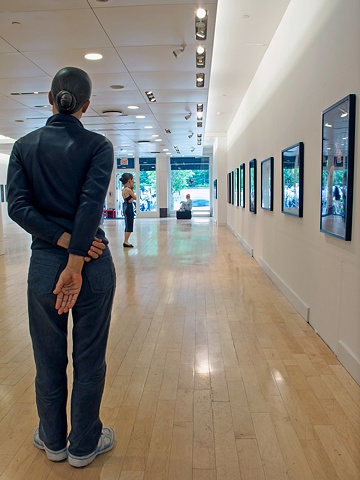 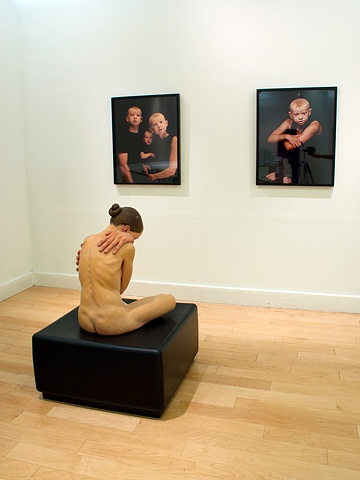 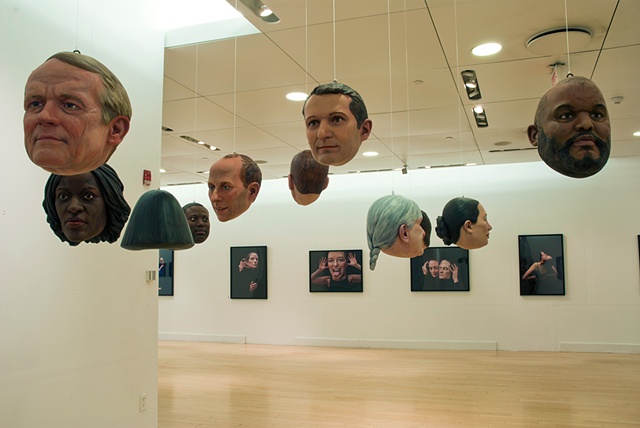 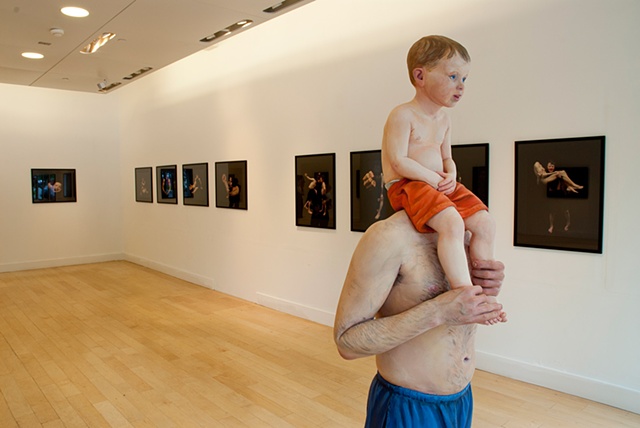 Overall views of sculpture and photographs installed in the gallery. Exhibition includes work from 2002-2011: Six freestanding sculptures, 13 portrait heads, and 24 photographs ranging in size from 10"x8" to 40"x30"

The Salamatina Gallery is pleased to announce “Related Forms,” Nina Levy’s first exhibition in New York in five years. The exhibition will feature two new sculptures, a new series of photographs, and a selection of Levy’s work from the last ten years.

“I work with bodies and body parts in representational sculpture. I hope that by manipulating the scale, placement, and context of these figurative elements, I can explore both individual psychology and social context. I am interested in creating sculptures that can be aesthetically pleasing and playful while they are simultaneously slightly uncomfortable objects.” - Nina Levy

Nina Levy works from observation, but distorts, scales, fragments, and displaces her chosen figures. Her sculptures are modeled in clay or plaster, then they are cast in resin or hydrocal and painted with oil or automotive paints.

The exhibition will also include selections from Levy’s ongoing series of portrait heads. For over ten years, she has sculpted people involved in various aspects of the art world: artists, collectors, gallerists, critics.&#9251; Each head is approximately life-size and is suspended at the approximate eye level of its subject. These heads have been exhibited at the Aldrich Contemporary Art Museum, the Brooklyn Museum, and the National Portrait Gallery, among other venues.

The most recent work in the exhibition will be a new group of photographs. Levy explains, “I make photographs documenting myself and others interacting with a series of sculptured props and prostheses. The most recent group of images focus on the problematic aspects of family life and the parenting of small children”

Nina Levy was born in Los Angeles, California, raised in Chicago, Illinois, and studied at Yale University (BA, 1989) and the University of Chicago (MFA, 1993). Her work is included in a number of public collections including the Museum of Contemporary Art, San Diego (La Jolla, CA); The Rockford Museum of Art (Rockford, IL); Grounds for Sculpture (Hamilton, NJ); The Chicago Atheneum Museum, (Schaumburg, IL).