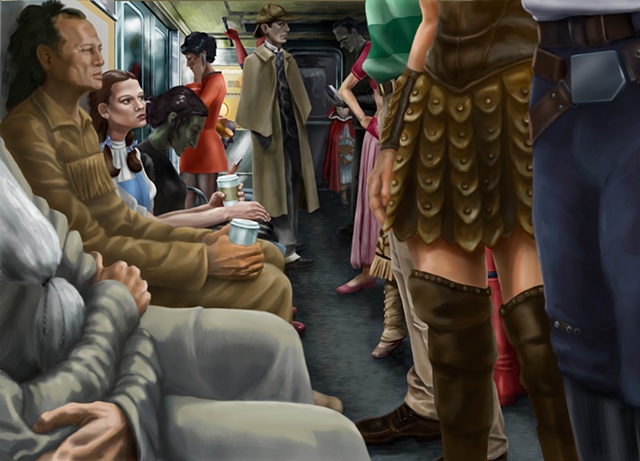 First section from left to right The long, narrow format is based on the "Art Cards" done by various illustrators and produced by the New York MTA.